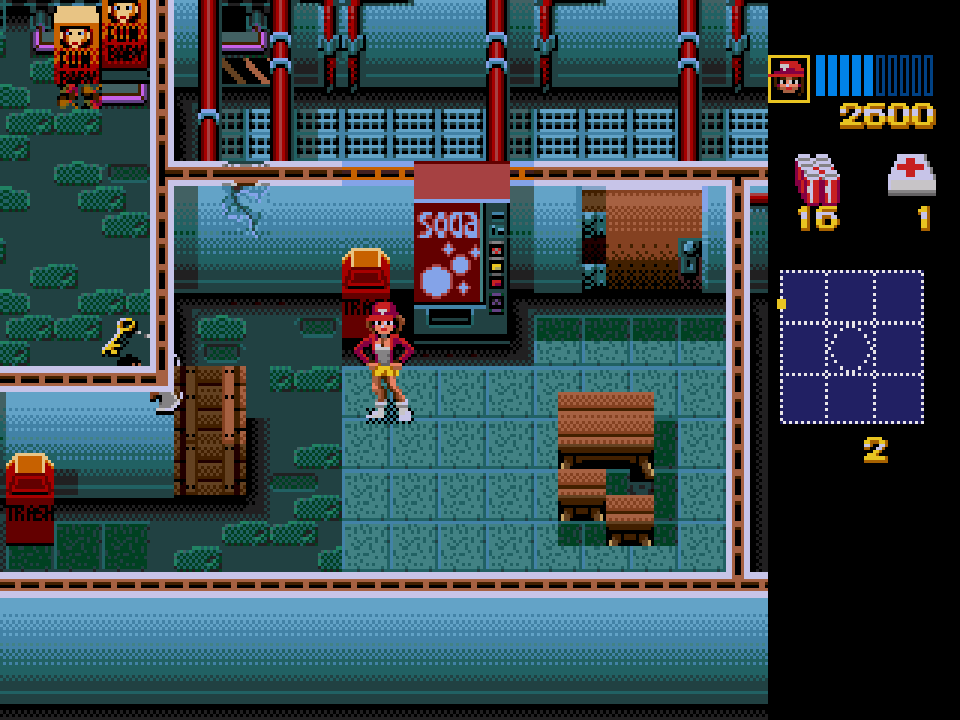 What better way to celebrate Halloween than with this soda machine from the Sega Genesis release of Zombies Ate My Neighbors?

Meanwhile, the soda machine below from the SNES version of the game is similar to the one already in the archive, but only a bit greener and with a different selection of sodas. 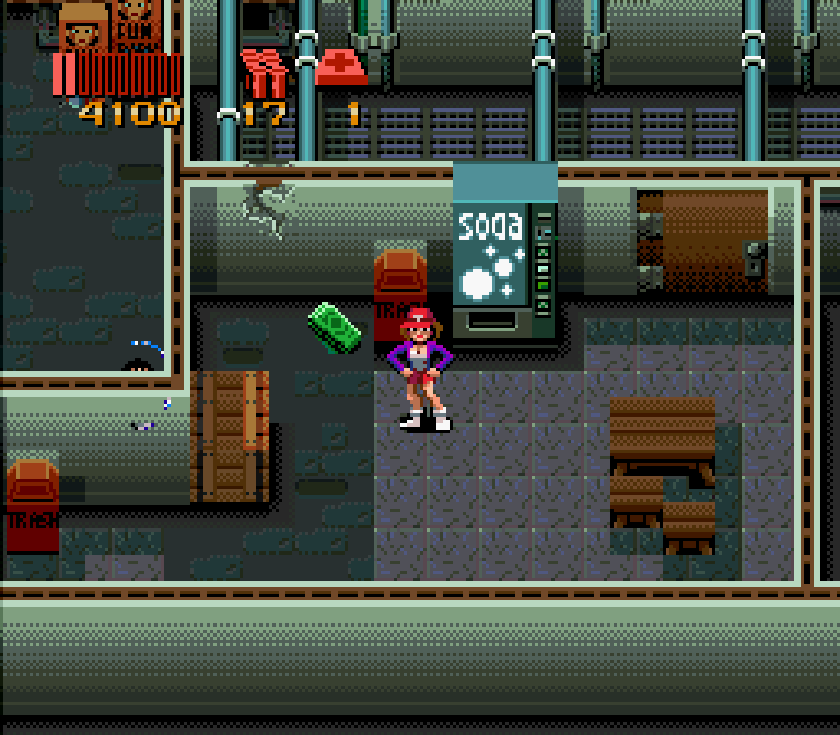 Finally, just for funsies, the image below is captured from the ROM hack Oh No! More Zombies Ate My Neighbors. While the soda machine is the same one featured in the SNES release, it now shoots exploding cans of soda at Julie and Zeke. Thanks, Amayirot! 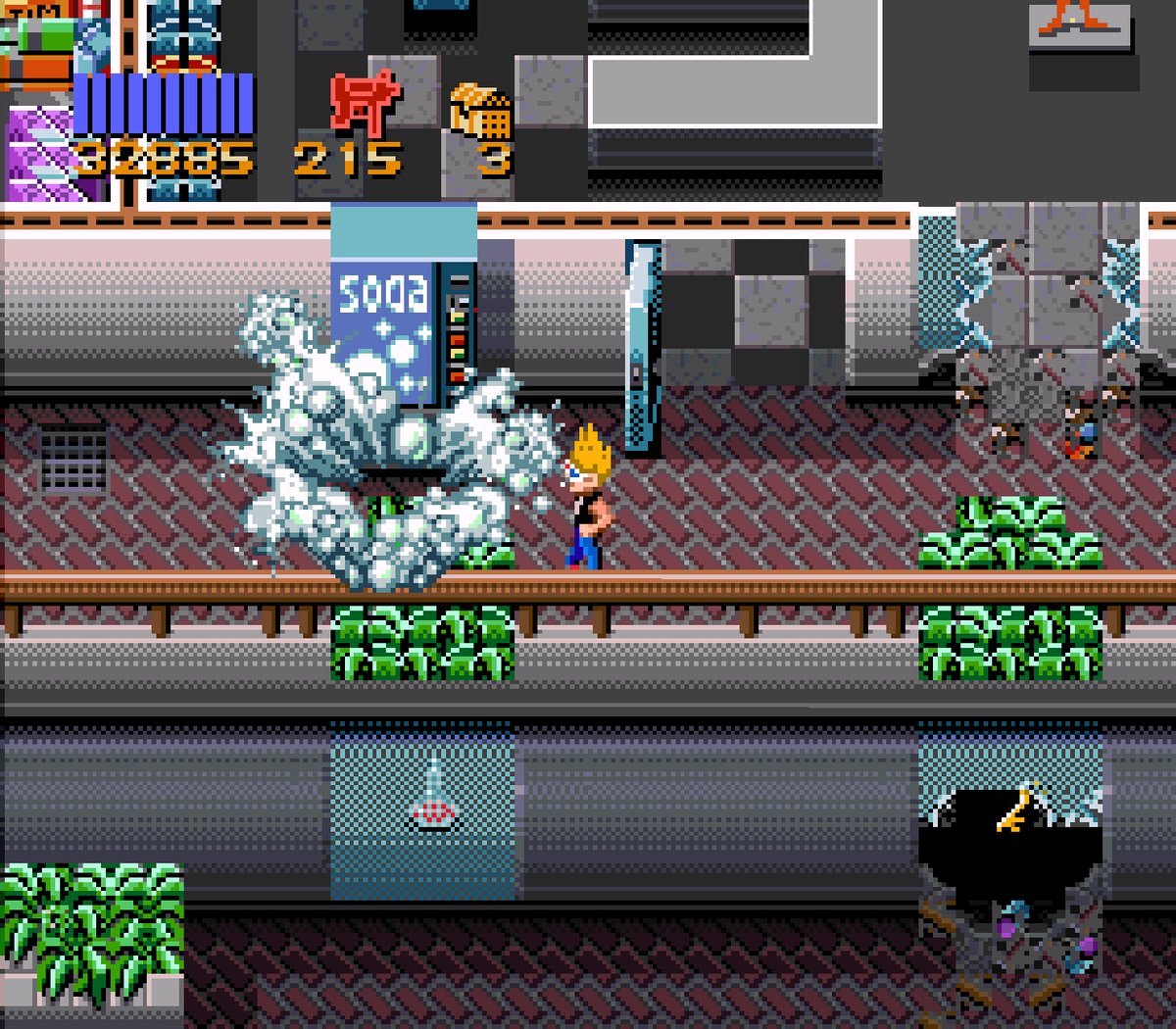 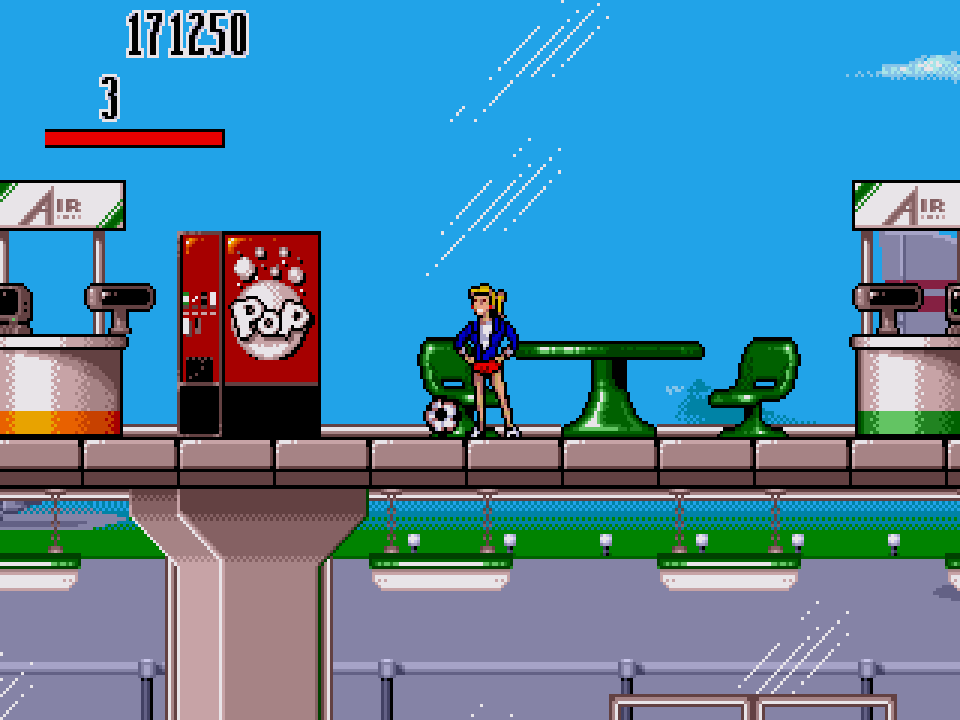