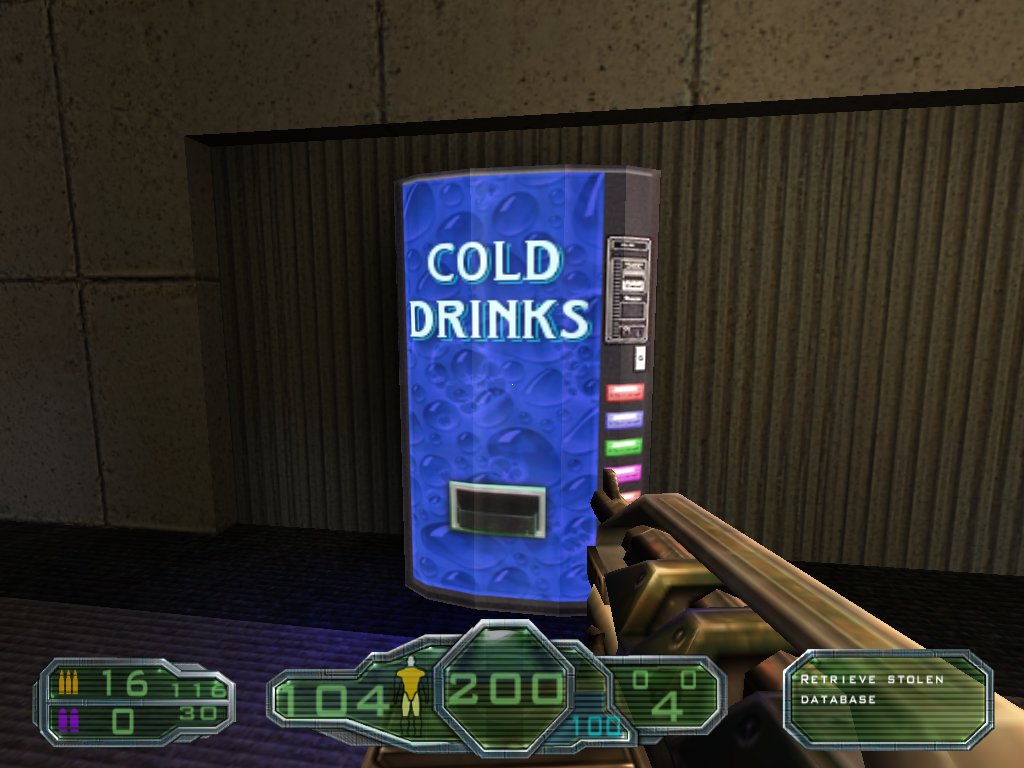 I love everything about this promotional blurb for Gore: Ultimate Solider, a 2002 FPS for Windows: “Anarchy reigns on Earth and you must train in the MEAT MACHINE to prove yourself.” Of course, with all that MEAT MACHINE training, you’ll need to stay properly hydrated.

I’ve never done this before, but I thought this might be a good chance to go “behind the soda machine” and discuss my process.

I was flipping through a 2002 issue of Computer Gaming World when I saw this ad for Gore: Ultimate Soldier. I had never heard of it before, but based on the screenshots, it seemed like a game with what I like to call “soda machine potential.” 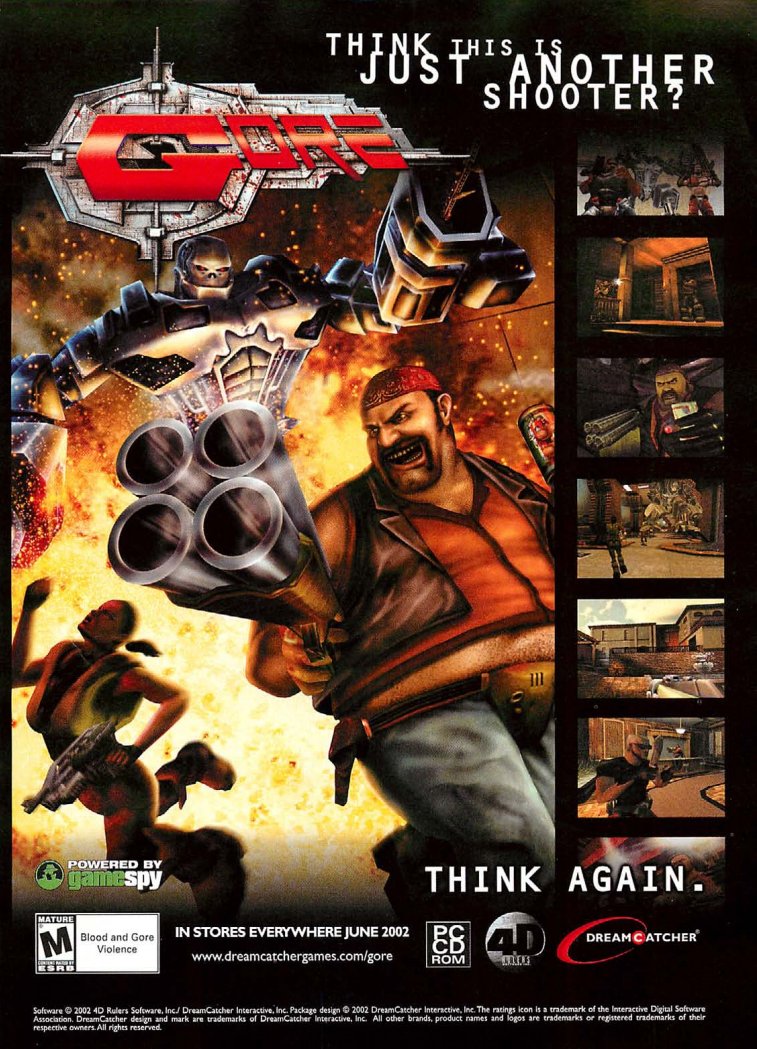 From there, I searched through screenshots on MobyGames, Giant Bomb, and elsewhere. Sigh…no soda machines. Next, I watched a few gameplay videos on YouTube. There aren’t a ton, since Gore isn’t exactly a beloved classic. I eventually stumbled across a video where a soda machine briefly appeared. Hooray! My soda machine instincts were proven correct.

Unfortunately, the resolution was pretty low, so a screengrab from the video wasn’t a great option. If I wanted a decent screenshot, I’d have to play the game and capture it myself. Luckily, there’s a demo for Gore still floating around the Web. I downloaded it, messed around a bit to get it running under Windows 10, and then fired it up. The demo only included a couple of levels, but one of them was the level from the video I watched. I switched on God mode (thanks GameFAQs!), powered through the level, and finally grabbed a screenshot of the soda machine.

Not every soda machine hunt follows this exact series of steps, but I think this example offers a good sense of what the process tends to look like. 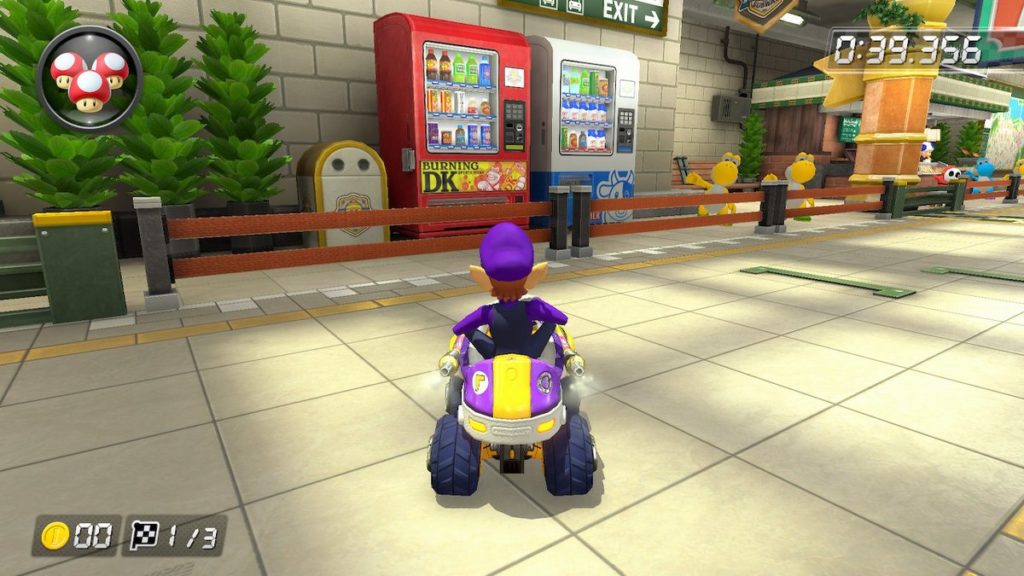