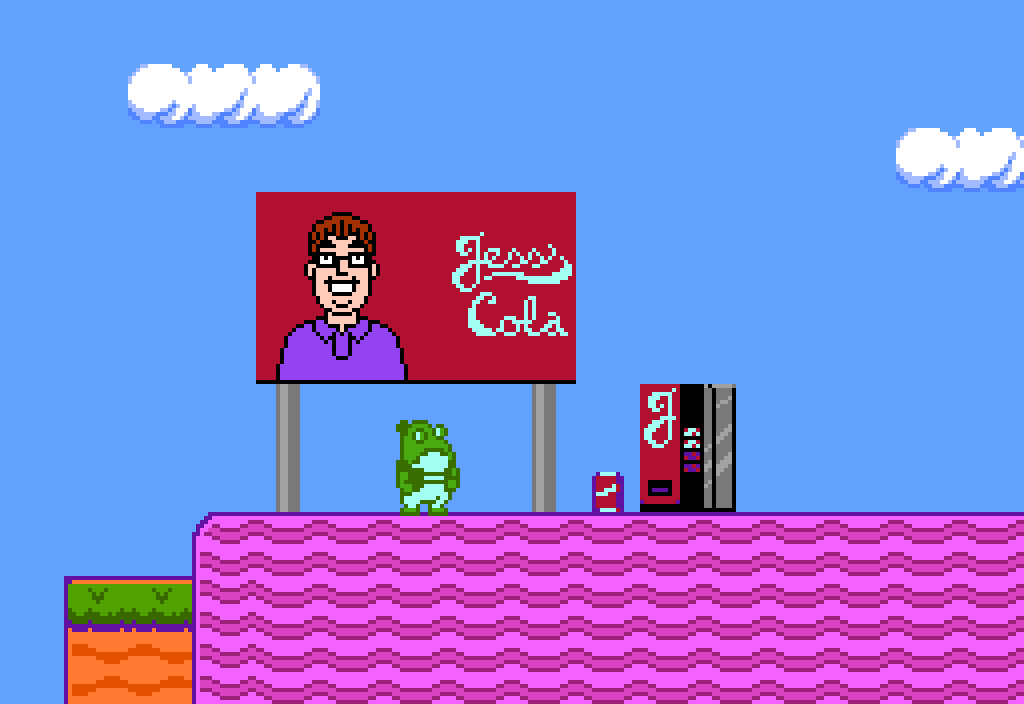 Wow! There’s a cola named after me in Ultra Frogsheen in Sonoland, an upcoming retro platformer from the fine folks at Infamous Quests, including pixel artist extraordinaire Kevin Wallace. What an honor!

In case you’re wondering, I imagine Jess Cola tastes a lot like RC Cola, only with a hint of cinnamon. 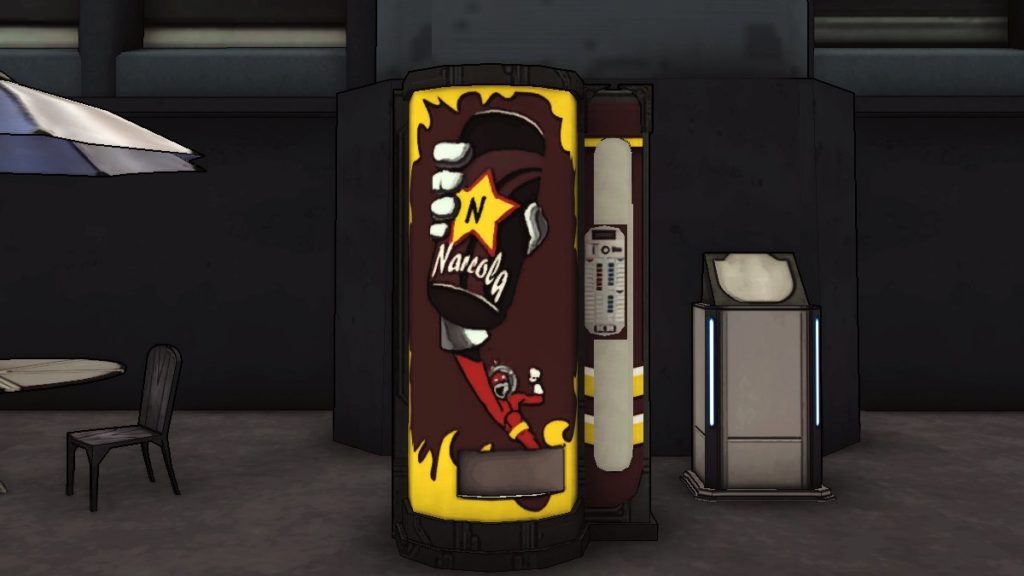