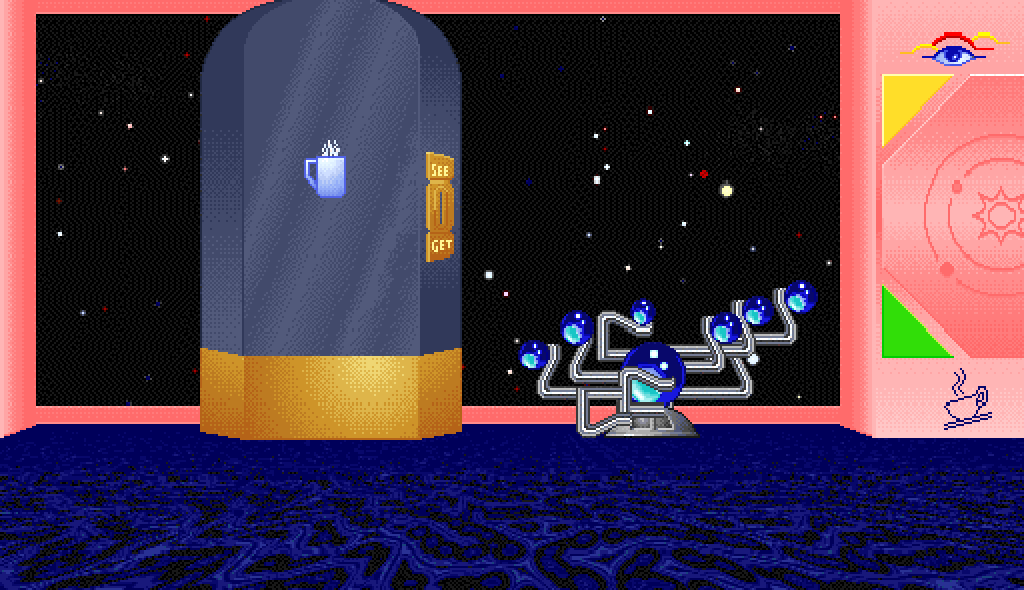 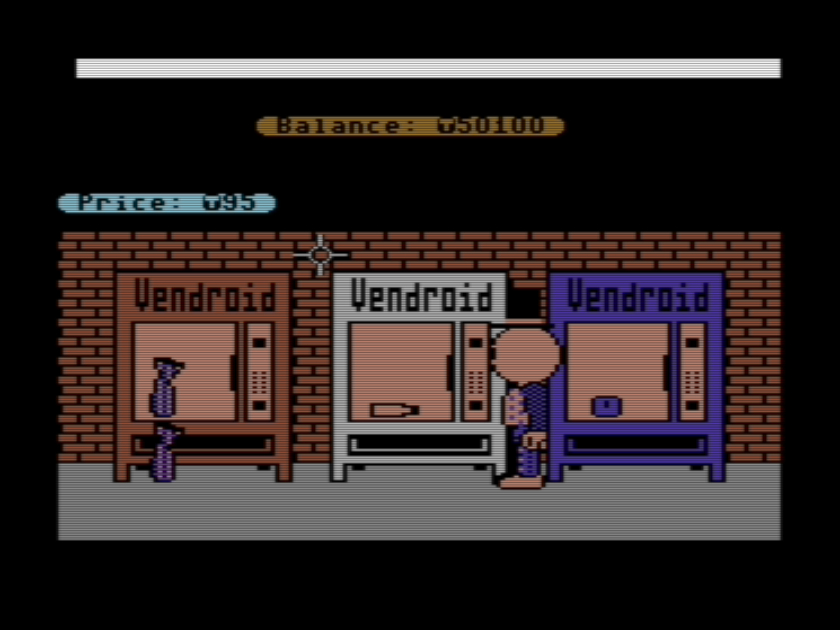 It’s a row of Vendroid vending machines from Habitat, LucasArts’ groundbreaking 1986 graphical MMORPG. Thanks to Robert for capturing this screenshot in NeoHabitat, an open-source revival of the original game for modern systems! 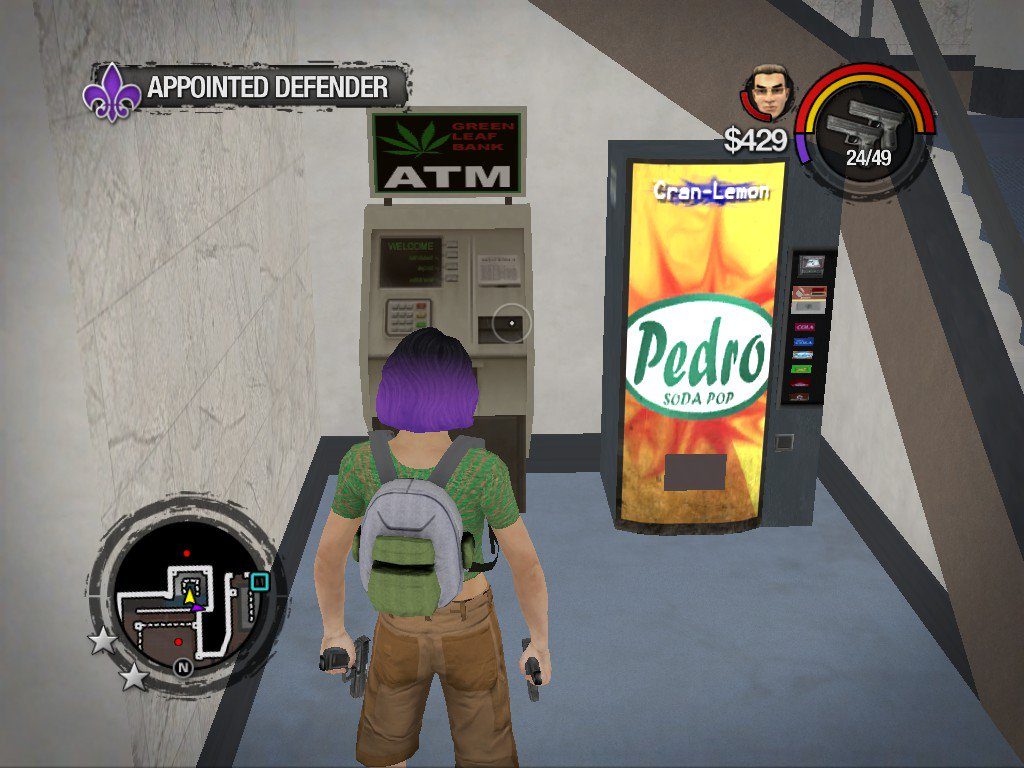