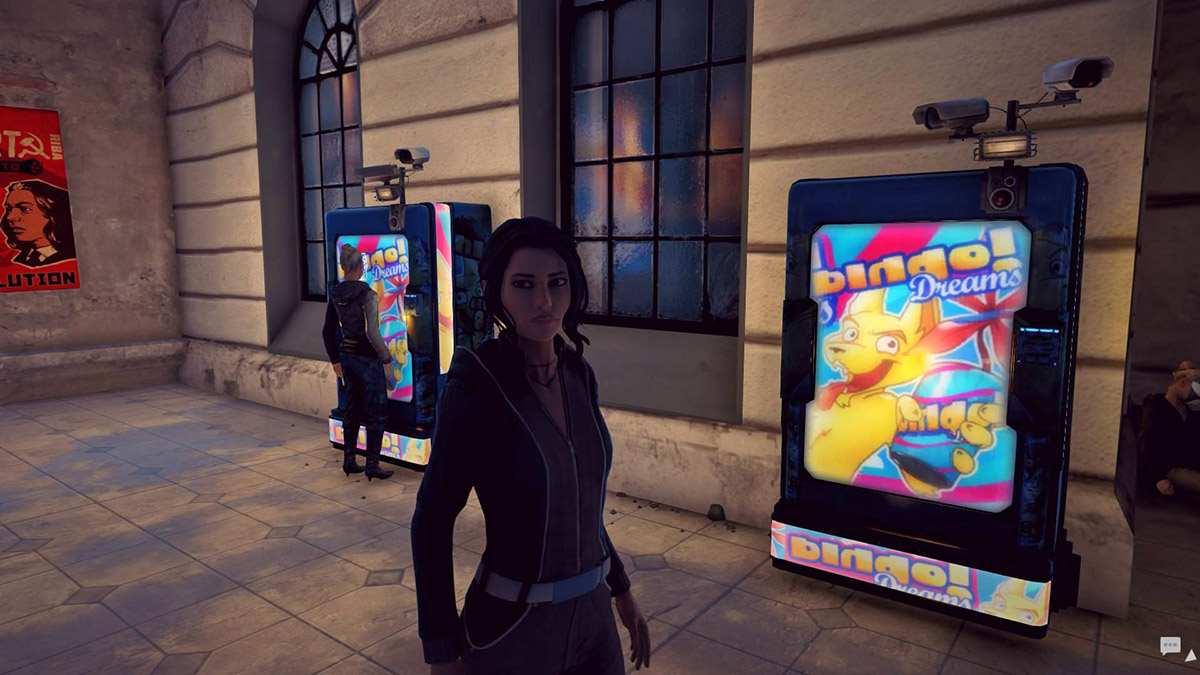 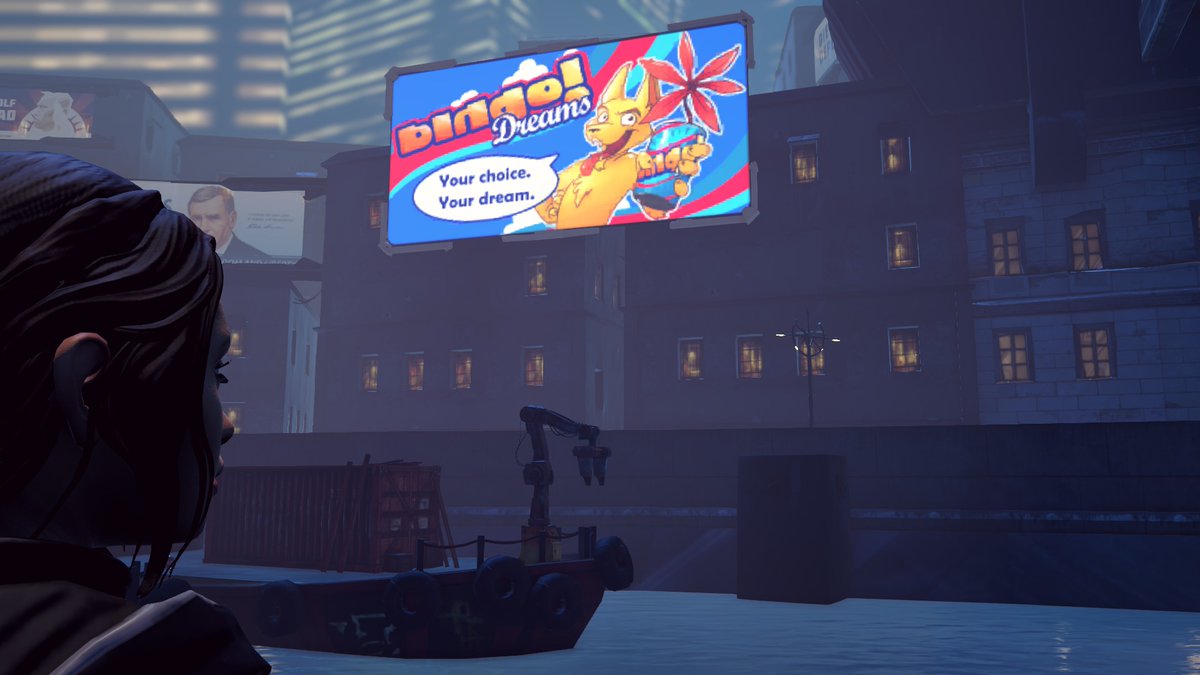 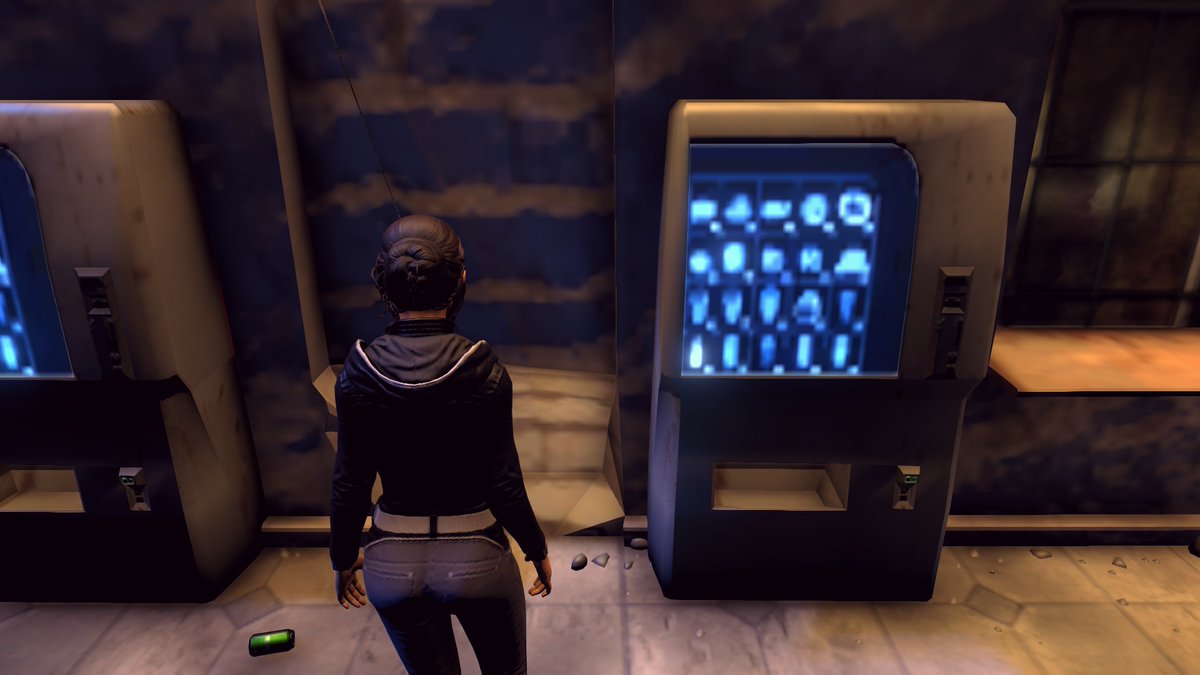 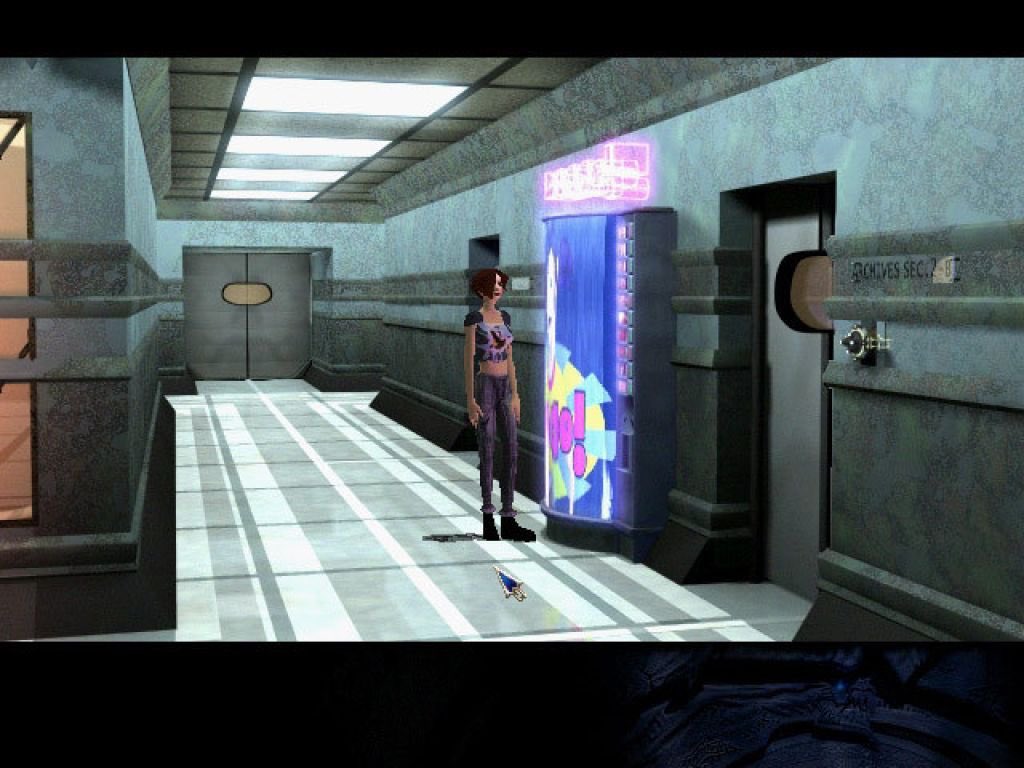 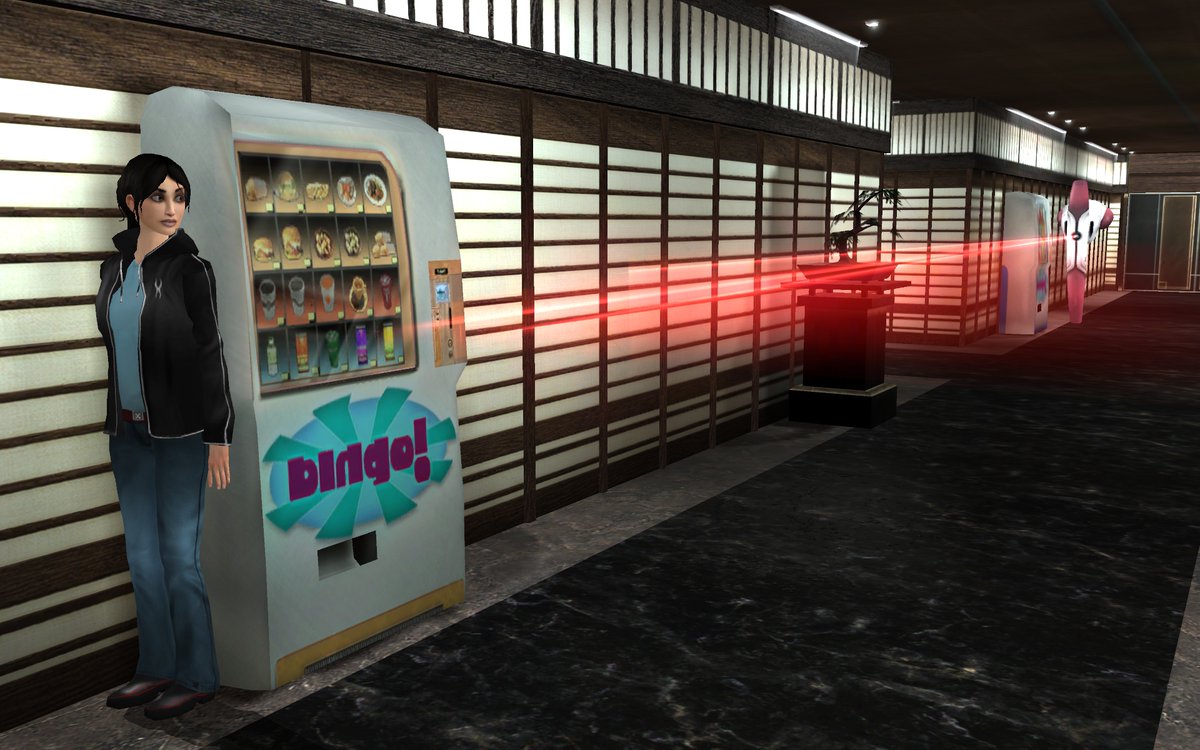 Zoë takes cover behind a Bingo! vending machine in Dreamfall: The Longest Journey! 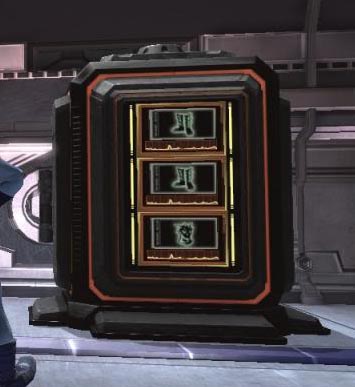