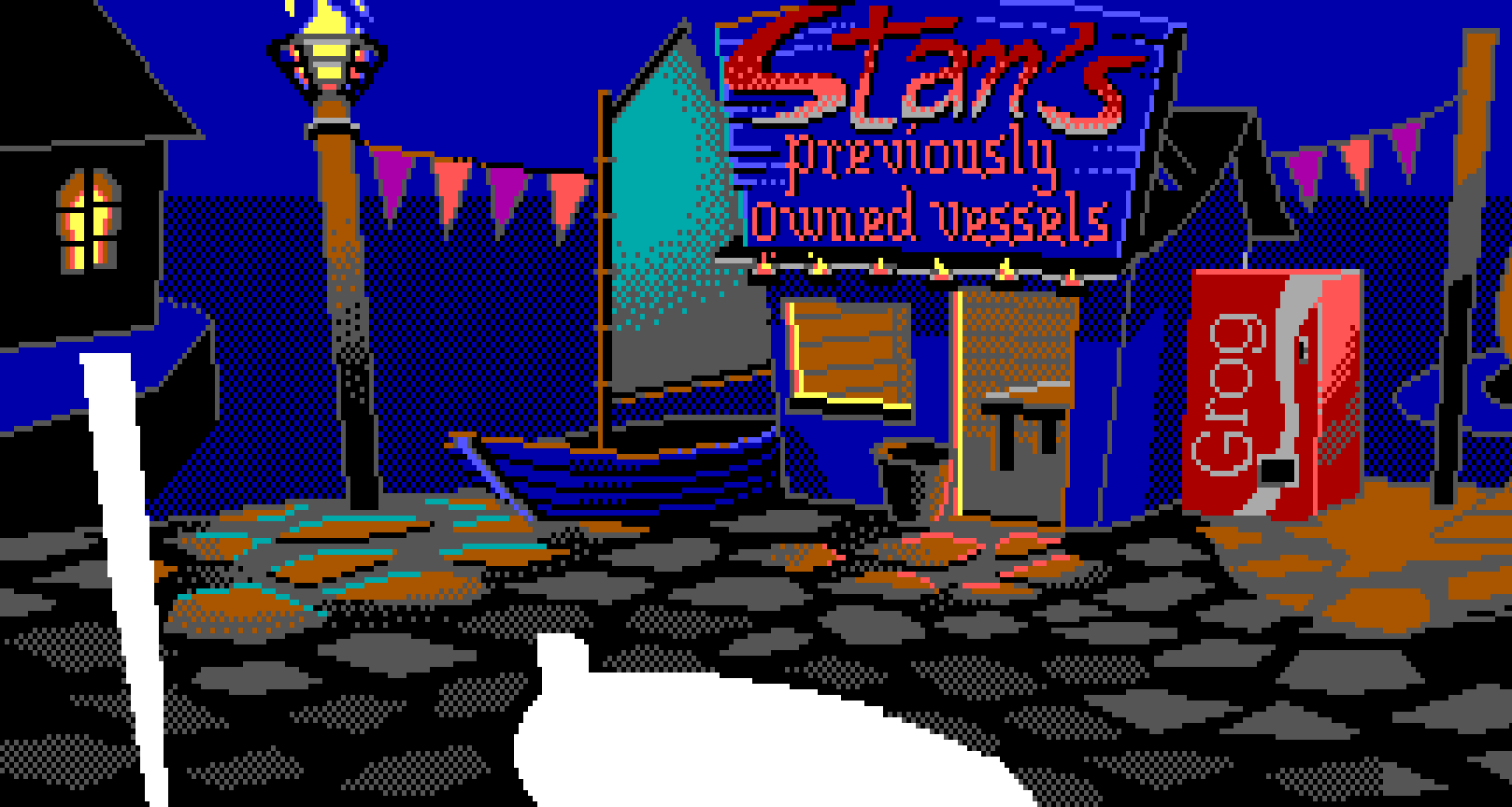 Wow! Frank Cifaldi of the Video Game History Foundation recently took a deep dive into The Secret of Monkey Island’s source code, and one of the discoveries was this early version of the Grog machine from Stan’s Previously Owned Vessels. If you compare the Grog machine from the source code to the one that actually appears in the game (below), you’ll notice the “wave” is more reminiscent of the Coca-Cola logo in the early draft. According to designer Ron Gilbert, this change was mandated by LucasArts’ lawyers to avoid any potential claims of infringement. 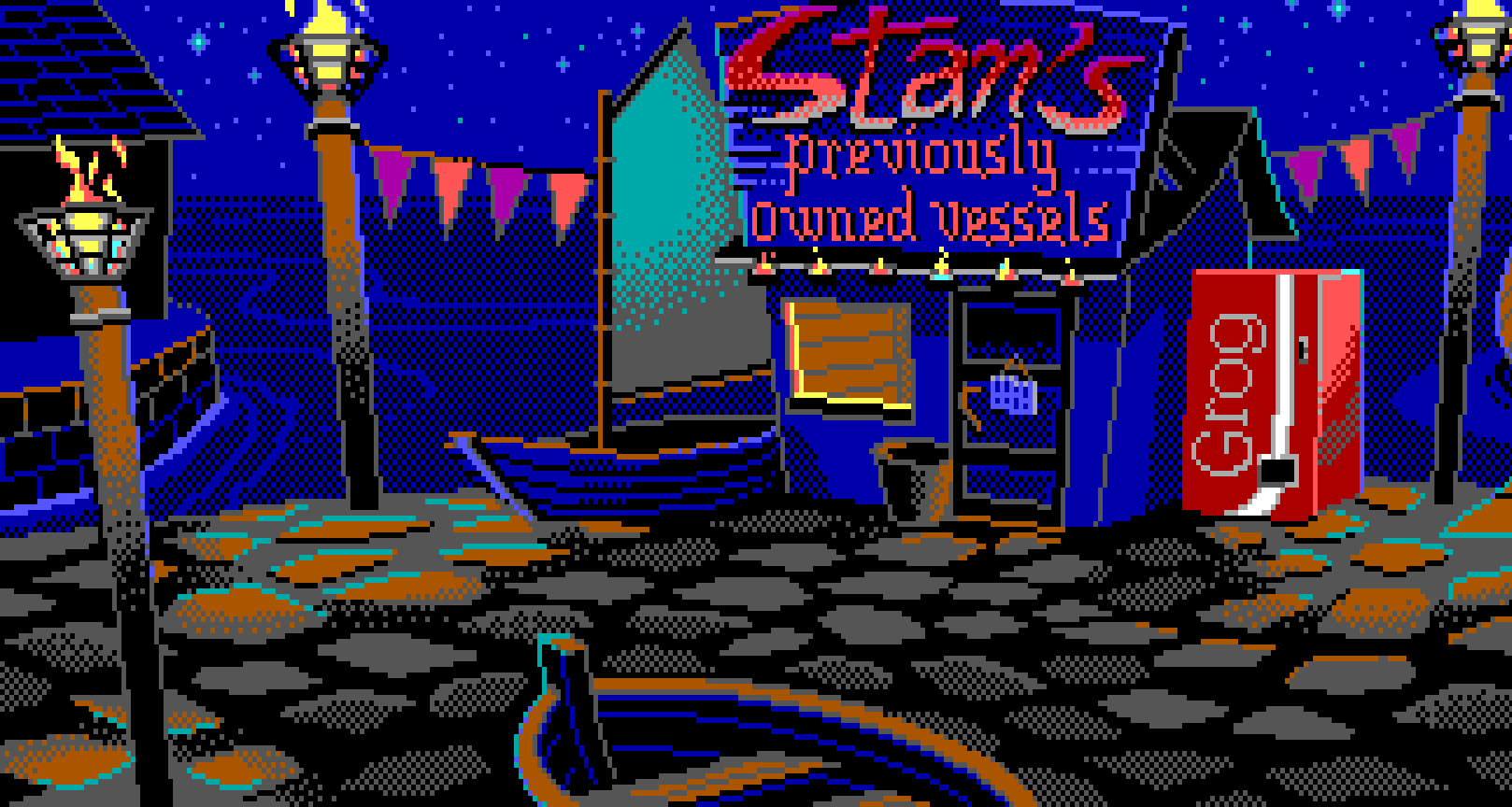 If you’re a Monkey Island fan — or just a fan of video game history — you should definitely check out the rest of the article. It’s an absolutely fascinating piece of research. 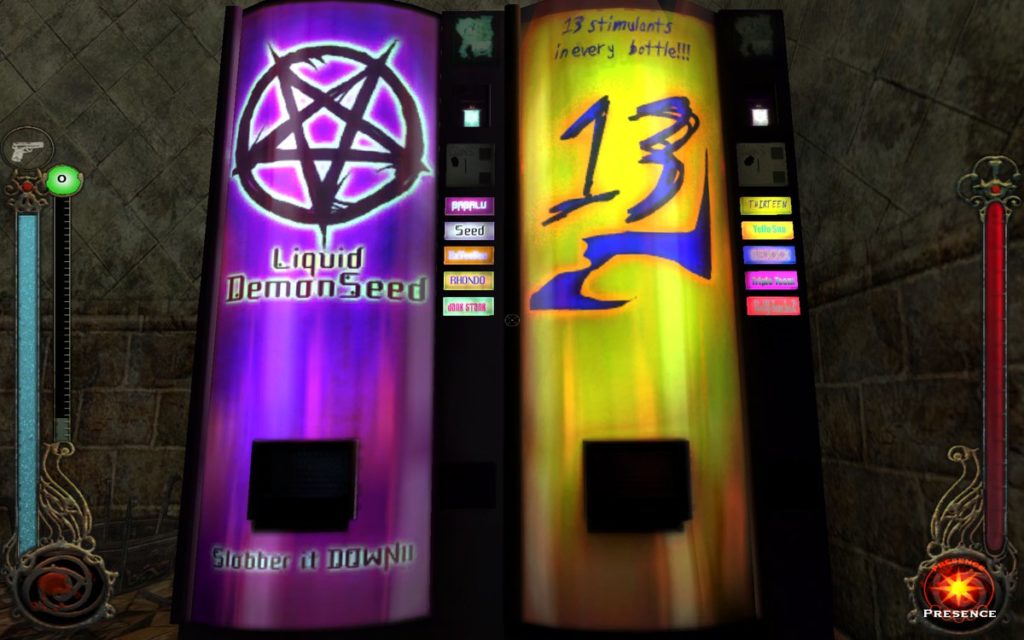